Best Places in Nepal to Visit in 2020

Places to visit in Nepal encompasses Phewa Lake, Pashupatinath Temple, Sagarmatha National Park, Langtang National Park, Visit Swayambhunath Stupa, Devi’s Fall and many more tourist sights that any traveller would like to watch. With some of the most beautiful locations in the lap of Himalayas, Nepal is surely gifted when it comes to natural beauty. 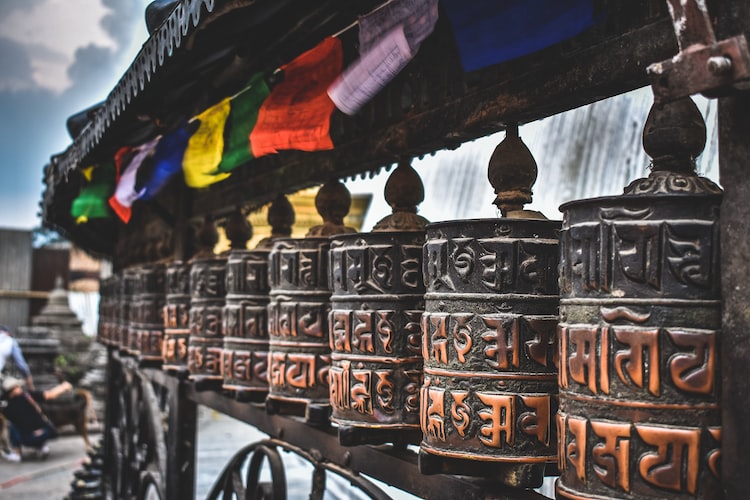 "On Top of the World"

Nepal is a surprisingly diverse country that attracts visitors for many reasons. Some are lured by the call of the mountains and seeking to climb or trek in the Himalayas, others are intrigued by the culture and the famous city of Kathmandu, and yet others come hoping to find some sort of spiritual awakening. Nepal can be an adrenaline adventure, a cultural eye opener, a life-changing experience, or all of the above. 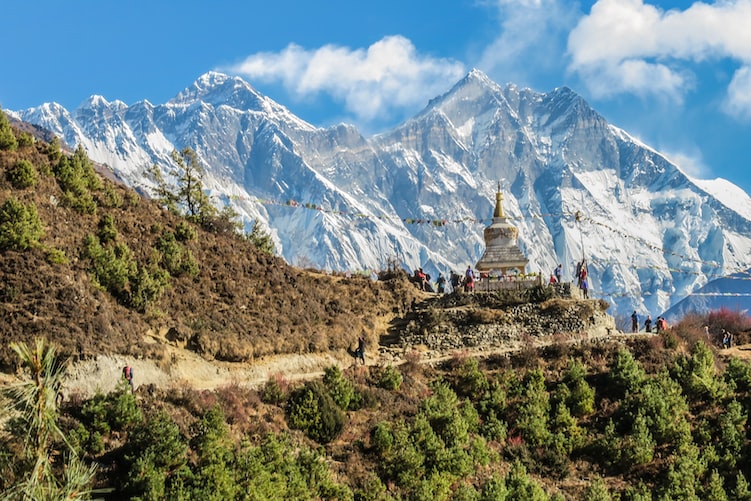 Whether scaling the slopes of Mt. Everest or paying homage at the birthplace of the Buddha, a trip to Nepal is a top destination for many travelers. Situated along the Himalayan mountain range between China and India in South Asia, the country boasts some of the most diverse landscapes on the planet, from snow-capped mountains to subtropical forests. Nepal’s culture is just as varied, filled with centuries-old temples and shrines, a profusion of colorful festivals and plenty of exotic wares to peruse and purchase.

September - Late November is the best time to visit Nepal

The best time to visit Nepal is from October to December. However, it also depends a lot on the kind of activity or the places within the country that one hopes to explore. The autumn months of October and November is touted as the best time for trekkers who are rewarded with clear skies and breathtaking views. The next best time to visit Nepal is in the spring season from March-April. The rhododendrons are in bloom, and the temperatures are warm, yet not scorching hot. For those wishing a vacation in Kathmandu and low-lying areas, the winter months are ideal.

If you want to get close to nature, you must visit Nepal at least once in your lifetime. And when you do so, some of these best tourist places in Nepal are a must visit.

The Pashupatinath Temple (Nepali: पशुपतिनाथ मन्दिर) is a famous and sacred Hindu temple complex that is located on the banks of the Bagmati River, approximately 5 km north-east of Kathmandu in the eastern part of Kathmandu Valley, the capital of Nepal. The temple serves as the seat of Pashupatinath. This temple complex was inscribed on the UNESCO World Heritage Sites's list in 1979.This "extensive Hindu temple precinct" is a "sprawling collection of temples, ashrams, images and inscriptions raised over the centuries along the banks of the sacred Bagmati river" and is included as one of the seven monument groups in UNESCO's designation of Kathmandu Valley as visit here.

The temple is one of the 275 Tamil Paadal Petra Sthalams (Holy Abodes of Shiva) on the continent. Kotirudra Samhita, Chapter 11 on the Shivalingas of the North, in Shiva Purana mentions this Shivalinga as the bestower of all wishes.

2. Boudanath – For A Meditative Experience 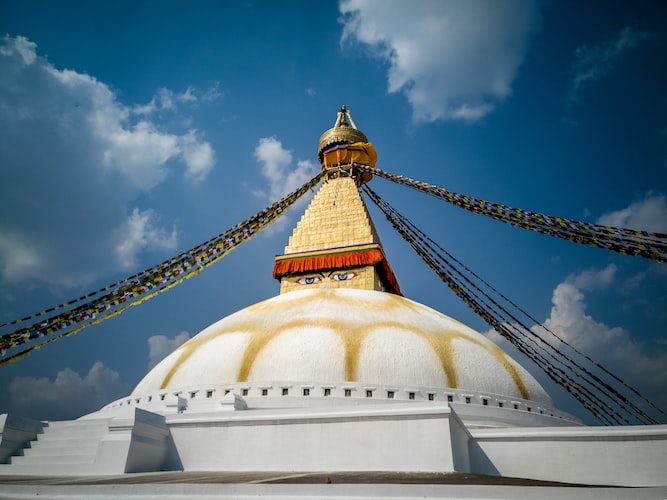 The Boudha Stupa dominates the skyline; it is one of the largest stupas in the world. The influx of large populations of refugees from Tibet has seen the construction of over 50 gompas (Tibetan convent) around Boudha. As of 1979, Boudha Stupa is a UNESCO World Heritage Site. Along with Swayambhu, it is one of the most popular tourist sites in the Kathmandu area.

The Stupa is on the ancient trade route from Tibet which enters the Kathmandu Valley by the village of Sankhu in the northeast corner, passes by Boudha Stupa to the ancient and smaller stupa of Chā-bahī named Charumati Stupa (often called "Little Boudhanath"). It then turns directly south, heading over the Bagmati River to Lalitpur – thus bypassing the main city of Kathmandu (which was a later foundation) Tibetan merchants have rested and offered prayers here for many centuries. When refugees entered Nepal from Tibet in the 1950s, many decided to live around Boudhanath. The Stupa is said to entomb the remains of Kassapa Buddha.

Nagarkot is a former Village Development Committee located 32 km east of Kathmandu, Nepal in Bhaktapur District in Bagmati Pradesh and as of 2015 part of Nagarkot Municipality. At the time of the 2011 census it had a population of 4571 and had 973 houses in it.At an elevation of 2,195 meters, it is considered one of the most scenic spots in Bhaktapur District. It is known for a sunrise view of the Himalayas including Mount Everest as well as other peaks of the Himalayan range of eastern Nepal. Nagarkot also offers a panoramic view of the Kathmandu Valley. The scenic beauty of the place makes it a very popular hiking route for tourists.It is located approximately 7000 ft (2000 m) above sea level and 28 km from Kathmandu International Airport.

For those active nature lovers and outdoor enthusiasts, there are many hiking opportunities in and around Nagarkot. Among them, Nagarkot eco trail (nature walk) along with Nagarkot panoramic hiking trail is the most popular ones. You can also do Paragliding with Everest view in Nagarkot.

Situated in a strategic location, Nagarkot was an ancient fort of the Kathmandu valley built to monitor the external activities of other kingdoms. Later, it became a summer retreat for the royal family before becoming popular as an international hill station.

Pokhara (Nepali: पोखरा,  is a metropolitan city in Nepal, which serves as the capital of Gandaki Pradesh. It is the country's largest metropolitan city in terms of area and second largest in terms of populations. The city also serves as the headquarters of Kaski District.Pokhara is located 200 kilometres (120 miles) west of the capital, Kathmandu. The altitude varies from 827 metres (2,713 feet) in the southern part to 1,740 metres (5,710 feet) in the north. The Annapurna Range, with three out of the ten highest peaks in the world — Dhaulagiri, Annapurna I and Manaslu — is within 15–35 mi (24–56 km) of the valley. 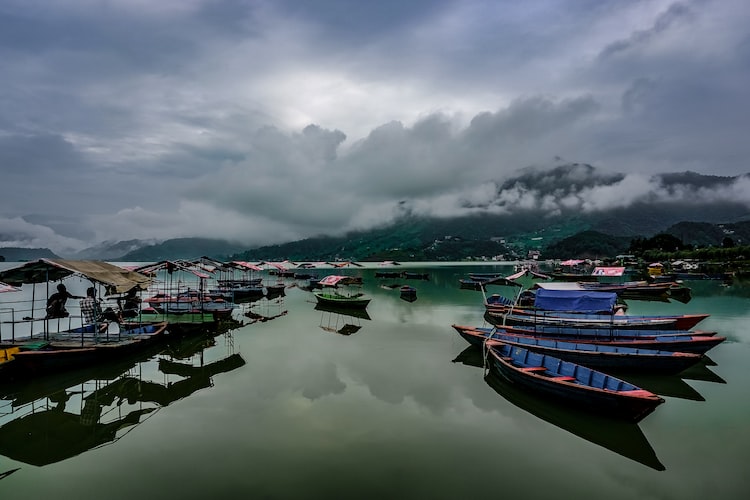 Pokhara is considered the tourism capital of Nepal, being a base for trekkers undertaking the Annapurna Circuit through the Annapurna Conservation Area region of the Annapurna ranges in the Himalayas. The city is also home to many of the elite Gurkha soldiers.

6. Lumbini – The Land Of Buddha

8. Thamel Area – One Of The Best Localities

11. Davis Falls – An Attraction With History

18. National Museum Of Nepal – Learn Everything About The Country

21. Swayambhunath Stupa – From Stupas To Library

31. Garden Of Dreams – The Neoclassical Marvel

33. Phulchoki – The Land Of Snowfall

Hi There, I’m Rupesh and i am Full-Stack Web Developer. It's been 3 years, I’m working as web developer.i have developed many website and also provided my services to college students by getting their projects ready ASAP as a freelancer I have been part of some very good web design projects. I like mostly Programming, Blogging, and Designing and furthermore I like Philosophical literature, Photography, Social networking.

How to enable the PHP error in MAMP

By default, the Error display on the screen is disabled in the MAMP. For this reason,...

How to do Off-page SEO? With Detailed Explanation!

Get the Best Tutorial on how to do off-page SEO for wordpress Blog. Find proven...

Google‘s upcoming Pixel 4a smartphone has been elusive for quite a while now despite...

59+ Nepali Fonts Download for FREE! You can get the extensive collection of the...

Best Places in Nepal to Visit in 2020

How to create a free of cost website in Nepal

How to create a website with zero investment in the context of Nepal. Read More...

Looking for an inexpensive yet quality smartphone? In search of a good starter phone...

The best laptops under Rs.50000 are the cheapest laptops that don't suck

Are you an early bird or night owl?